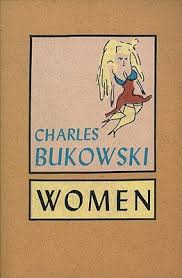 In Women, former postal clerk and previous incumbent of hundred and one dead-end jobs Henry “Hank” Chinaksi has made it… not quite big, but he has at least augmented his status above that of the general population. A professional writer whose life has become something of a continuous roadshow of poetry readings, Chinaski’s upturn in fortunes sees him no longer hobnobbing with the dregs of society but with a raft of women most of whom are young enough to be his daughter.

With the raging libido chronicled in prequels Post Office and Factotum still firmly intact, and with his list of suitors now considerably longer, Chinaski appears initially to be lapping his new lifestyle having trodden an extremely calamitous path to success. But as the relentless merry-go-round of women in his life continues to revolve, Chinaski begins to question whether he has in fact won after all.

As a reader, one is inclined to feel something similar as the novelty of the scoundrel from Post Office and Factotum’s success wears pretty thin, pretty quickly. Chinaski’s now nonchalant manner of conducting himself is a far cry the desperate, self-deprecating demeanour he exhibited in his two previous literary outings.

Chinaksi himself states on numerous occasions that he is far from a household name as writers go and it is tempting to contemplate – as he continues to go about life with a newfound assuredness that was previously alien to his followers – how insufferable he might become if he ever reached anything close to Hemingway status.

His shenanigans remain entertaining and the grim, blunt, nauseating details of some of his many less than dignified encounters endure as they did in Factotum and Post Office. But in Women, Henry Chinaski is no longer a guy trying to make it in the world, consumed by vice and trapped in a thankless system; he is instead a professional writer with nothing better to do than indulge the same vices he did prior to his success, and for that reason, he loses more than a semblance of his charm.